You have probably stumbled upon an article or two lately referring to GMO’s, but what exactly is a GMO and what do you need to know about them. The term GMO refers to a Genetically Modified Organism. An organism whose genome has been altered by the techniques of of genetic engineering. Thus, the DNA contains one or more genes that are not normally found. Technically this could be a plant or animal. It seems we did not start hearing about GMO’s until recently but humans have been modifying food thousands of years. Today’s farmers use GMO’s to reduce loss of crop damage from weeds, diseases, and insects, as well as from extreme weather, such as drought. It is not the direct threat from a GMO that has raised concerns as of late. Over the years technology in agriculture has created herbicide resistant plants, which has allowed farmers to use increased chemicals without killing their crops. The first genetically modified products to appear on supermarket shelved were corn and soybeans. Because corn and soybean are two of the most common ingredients in processed foods, you are now finding these herbicide resistant plants appearing in virtually all supermarkets. The only true way to know what you are eating is to look for products that contain a USDA Certified Organic seal, or to eat a truly organic product.

** Definition of GMO provided by www.dictionary.com **

One thought on “Let’s Talk GMO’s”

Sign up for our newsletter
You'll be the first to hear top-secret tips for creating the best sunless tan on the planet! 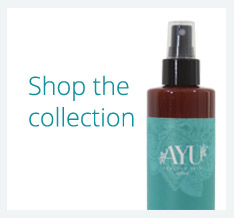